True Routa is a story about a dream of working with the best. It is a story about true friendship shared by common values, passion, drive and willingness to create solutions leading to success stories.

The three partners Jarkko, Pekka and Krushna share a unique history that gradually grew into the realization of wanting to combine efforts for a mutual business, which finally took place in 2020.

For Jarkko and Pekka the story began in Jyväskylä where the two friends met through mutual friends while studying. The cooperation between the two originally started through the foundation of a kickboxing club, which led to a lot of success and championships. Jarkko then pursued international challenges abroad and Pekka successfully ran and developed his family company. After numerous successful years in multiple international projects within IT, digital marketing and strategy at multinational companies Jarkko moved into mentoring. Mentoring within different business fields quickly taught that the one thing uniting all companies and sectors is people. People lead people, and the maturity of companies is defined by the people, their passion and commitment. This was when the idea of a mutual business was validated.

In 2008 Krushna came into the picture. Having completed degrees within Computer Engineering, Law and an MBA in Dubai and Singapore Krushna, who has his roots in India, put his skills into international practice. Having worked as a consultant and at internal positions across sales, finance and IT departments of several MNCs such as UPM, DNB, HCL, IBM, Capgemini, Tata Consultancy Services and Finnair, it was one particular assignment that was the changing factor, “connecting people” one might say. Taking on an assignment of enabling the eCommerce project for Nokia gave him the privilege to travel the world and work with cultures across 30 different countries, and as it happened, one of them being Finland.

With nothing less but martial arts being the connecting factor Krushna, Pekka and Jarkko soon bonded. Years and numerous experiences, mutual conferences, fishing and hunting trips later they decided it was time to pursue the dream connecting the three gentlemen, the dream of working with the best.

Through our solid experience in building start-ups to running global projects in multinational companies we offer our expertise within all sectors across the globe with focus on the Nordics, the UK, Asia and all commonwealth partner countries. Through our international experience we are well connected and thereby able to offer a broad network of contacts and partnerships for our clients, our selection of partnerships being strongly driven by environmental and social factors. Each case is supported by a customized and highly skilled team with broad experience within their own fields of knowledge. This reflects our philosophy of working with the best and offers you the most agile team for each specific case delivering the highest possible standards.

We offer our professional advice and expertise for internationalization and fund seeking through our extensive network of contacts and partnerships. Whether you are seeking to grow or expand your business  domestically or internationally we can support you during the journey by providing advise for entering new markets, developing market entry strategies and helping you deal with the legalities related to entering a new market through our extensive partner network.

If you are looking for funding to enable your company to grow we are the right partners for supporting you along the process. There are a wide variety of different funding options to grown your business depending on the maturity stage of your company. We are happy to help you all along the fund seeking process by setting the targets, defining the right strategy and executing the application process or to connect you with the right investors.

We offer business and strategy consulting services for all sectors. Our target is to build long-term value to our clients by ensuring seamless executions from vision to fully functioning business operations. In our operations we value long partnerships and mutually built trust and thereby strive to become your trusted advisor.

We help organizations to improve their performance by providing support with creating clear strategies, bringing in fresh ideas and helping you to clarify your path towards reaching the best results. Thanks to our deep industry knowledge within various sectors we are able to offer fully integrated best practices as well as tailor made solutions for your company. We are experienced in business development through digitalization and reaching cost savings and efficiency through IT transformations and technology implementation. We are happy to manage you through the process all the way from idea level to execution.

Mentoring can at its best lead to incredible results both for the mentee in terms of personal growth and the company in terms of performance and leadership. We offer mentoring to actively share experiences and knowledge and to prepare you to face challenging situations arising in today’s volatile business environment. Alternatively we are also happy to provide advisory services through our collective wisdom to offer you support for your decision making.

A company’s board and leaders can at its best be a major competitive advantage for a firm. Boards and leaders have to deal with various challenges, which is why it is key to optimize the dynamics of the team for them to deliver optimum value for the company and its shareholders. We have solid experience in functioning as board members and in providing support for the search of board members or leaders for companies.

In today’s fast changing digital economy companies should be equipped with tools and processes to remain agile in order to be able to review their strategies and steer towards the right course quickly if, and when, required. This is enabled by having a digitalization strategy, a digital footprint in the ecosystems and an enterprise architecture leveraging on service-based design. These methods and approaches are part of our core competencies, which we’ve acquired over the past decades while being involved in numerous IT and digitalization programs in various global companies. We offer our profound knowledge to take your business to the next level by providing support within business innovation and development of new earning models through digitalization, whether it be development of a new product or service or streamlining IT and data management  to improve work processes.

Despite the era of digitalization being at our hands already since a while many companies are still relying on IT supporting the business model instead of having technology enabling new business models. Digitalization should be viewed as an enabler of new revenue models, where tech becomes a profit center for the company instead of IT being a cost center as has traditionally been the case. The creation of new ecosystems has led to the disruption of several ecosystems in their traditional meaning, i.e. how we see media has been changed by Netflix, the transportation sector has been shaken by Uber and the hotel sector has been challenged by Airbnb.

Digital footprint in all ecosystems

In order to secure the possibility of growth at the right time when there is an opportunity for it is it crucial to have a digital footprint in all ecosystems instead of being dependent on just one single ecosystem. This can be achieved by utilizing the Open Innovation Model, meaning that core services of the company are handled in-house, whereas growth opportunities arising from non-core services should be leveraged by using partner networks.
This is where we come in.

To create a digital footprint in all ecosystems of the company we strongly recommend leveraging service-based design through enterprise architecture. In practice this means having internal IT services split into micro services and leveraging external partner networks for plug and play services, which over a period of time will collect a remarkable amount of data enabling you not only to make data driven decisions through dashboards, but also create predictive and AI based services. Connecting this with EAR (enterprise automation roadmap) will lead to a totally different level of operational efficiency not only supporting you in cost savings, but by generating revenue and enabling real impact to margins. 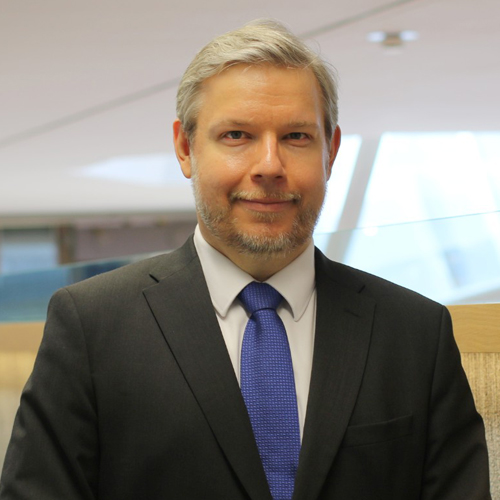 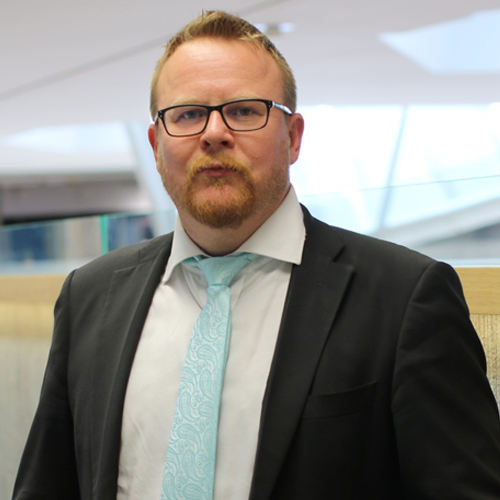 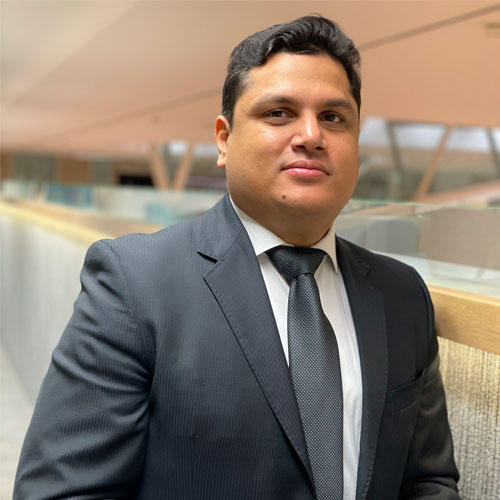